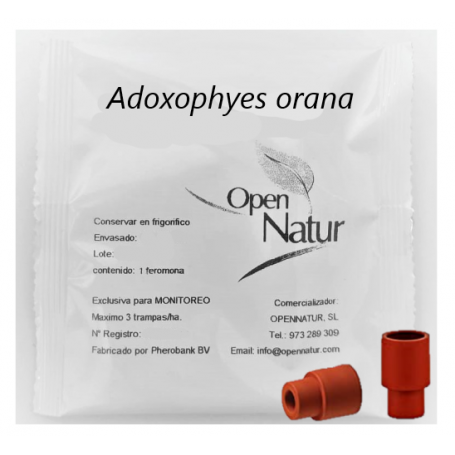 The group of caterpillars of the skin is formed by a group of small lepidoptera belonging to the Tortricidae family, whose common characteristic is that the caterpillars gnaw on the skin of the fruits with the consequent economic depreciation that this produces. The caterpillars of the skin belong to diverse genera such as Archips, Cacoecia, Capua and Pandemis. Those that cause the most worrisome damages in our apple orchards are Capua reticulana and Pandemis heparana, and in them we focus our attention.

Capua reticulana is one of the most common caterpillars in the apple trees of Gipuzkoa whose damages are similar to those caused by caterpillars of the genus Pandemis, with which they are easily confused by their resemblance.

This caterpillar of variable color, that spends the winter in portions of leaves and cracks of the bark, can cause, especially in summer, serious damage in buds and fruits of the apple tree.

In the spring, the attack begins by nibbling buds and young buds. The ninfosis is made between damaged organs under a network of threads, taking place the flight of adults of the first generation in the month of May. The adult butterflies put the eggs grouping them in characteristic yellow plates from which emerge, towards the month of July, a new generation of caterpillars that causes the most serious damage to the fruit, taking refuge under the shelter of a silky cover that they themselves make. Said damages are manifested on leaves, which can appear deformed, gnawed and sometimes devoured completely, and on fruits, whose skin has irregular bites that hinder the healing of wounds and favor the installation of rot fungi.

During the winter rest, the caterpillars make a typical whitish cloth, adhered to the main veins of the underside of the leaf, under which they are protected. In Gipuzkoa, two generations have been counted per year. 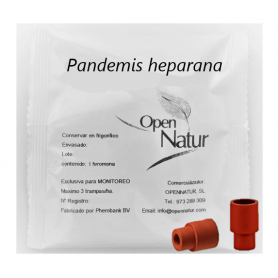 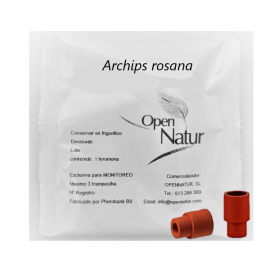