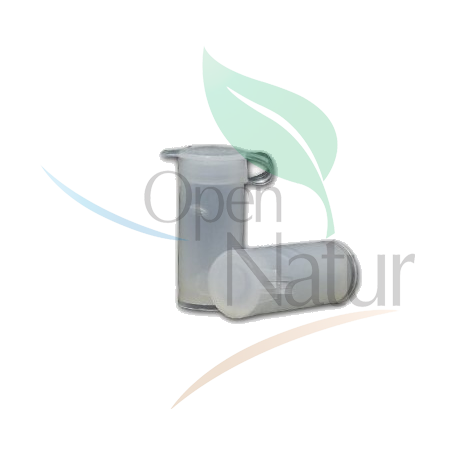 Nymph <2 mm Yellow and mobile in its first stage. Once it is fixed, it forms the shield, and it increases in size until it reaches adulthood.

Adult 2 mm Dark gray shield with lighter rings, which mark the different periods of growth. It is a centered shield without a ventral veil. When lifting it, you can see the yellow body of the insect. The females have a circular shield throughout their life, while the males have oval shields in the nymphal state. The adult males are winged, orange and have a dark transverse band on the thorax.

The winter is spent on the trunk and branches in the first larval stage. In spring, the larvae restart the activity to young branches, and in April, the first adults appear. These give foot to the first generation of larvae in the months of May-June. The newborn larvae, which are viviparous, move to the highest areas of the tree until they find an appropriate area, fix themselves to extract the vegetable juices, and begin to form the shield until they reach the adult stage. The second generation occurs in July-August and the third from September to November. This last generation is the wintering one (in the first larval state), developing a special (darker) shield for this purpose, and thus completing the life cycle of the species.

In any case, the reproductive period of each generation is broad, so the generations are quite overlapped.

Branches, leaves and fruits, are covered by colonies of shields.

Weakening of the tree and reduction of the harvest by sap suction and stomatal obstruction.

Wilt of the affected area by toxic stings.

Commercial depreciation of the fruit by its simple presence and by the reddish aureoles that the cochineal leaves around the area in which it has been fixed.

If the plague is not fought, in several campaigns, it can cover the whole tree, drying entire branches and even causing death.

This species does not secrete molasses.

In winter, against wintering forms, wetting the wood well. It should be noted that this is the most appropriate treatment.

From spring the use of yellow chromotropic traps baited with pheromone is recommended for the detection and monitoring of the pest. After exceeding the thresholds (3 captures / trap and week) the mass capture method would start. The idea is to capture the largest possible number of winged males to reduce mating and with it the next generation.

The louse of San José tends to look for light, located in the highest parts of the tree, an area where treatments do not arrive very precisely. For this motic it is necessary to cut off these attacked branches, getting rid of the pruning remains. 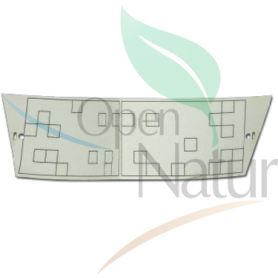 €1.52
Free shipping
for orders
higher
€ 60 (Without VAT)
Except for insects
and non-peninsular orders
SUBSCRIBE TO OUR NEWSLETTER AND GET 5% DISCOUNT