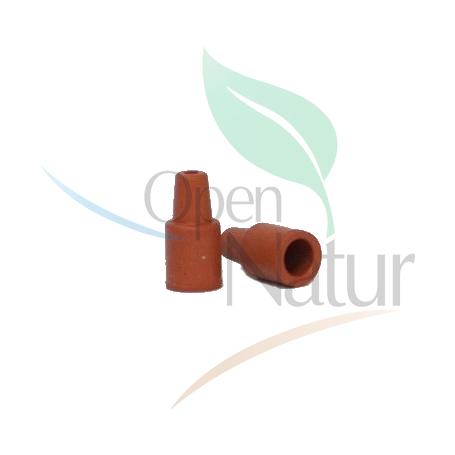 The caterpillar of the nun is gray and hirsute, with black lines and spots on its back.1 It feeds on leaves of trees such as Spruce, Larix, Abies, Pinus and Pseudotsuga. Other genera such as Quercus, Acer, Betula, Carpinus, Fagus, Fraxinus, Malus, Prunus, Ulmus and other fruit trees can also be consumed by this species.

In case of a large infestation of these caterpillars, the foliage becomes scarce and the top of the tree becomes moldy. The trees survive several defoliations of 50% of their foliage, even several consecutive years, but they can die after 4 or 5 years after intense defoliation.