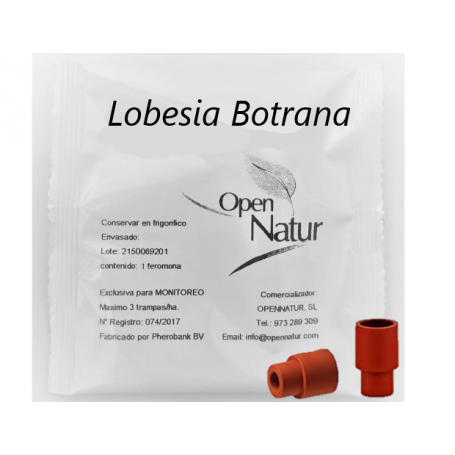 The caterpillar can reach 10-15 mm. long, before reaching the ninfosis. It is a yellowish green or light brown, has a light yellow head, is agile and moving. In its development it has five changes.

Lobesia botrana winters as a chrysalis, with induced diapause, from September-October until the following spring. It is located preferably under the bark of the strains, and in the crevices of the rodrigones when the vine is driven on a trellis, inside a cocoon with a stronger and more consistent texture than when the chrysalis is non-diapausing. In the mechanism of inhibition of diapause, not yet well known, decisively intervenes the average temperature of the end of winter and the beginning of spring.

The butterfly from 7 to 8 mm. of length and 13-14 mm. of scale. Its anterior wings, of a yellow-ocher color, are crossed by a wide transverse band of a brown color.

The caterpillar (up to 10 mm long), of a vinous color, has a shiny black head and moves slowly.

- In the 1st generation the damages do not usually impact production, except for small grain varieties (eg Pinot) and situations of fruit set problems (due to the variety or climatic conditions).

- In the summer generations (2nd and 3rd generation), attacks of weak or medium degree impact little on the amount of harvest but the damage caused by these pests is the preferred entry route for cluster rot, of which there is basically two types:

Acid rot, produced by bacteria and yeasts of the genus Acetobacter, Saccharaomyces and Kloeckera.

Podredumbe fungal, produced by fungi of the genus Botrytis, Rhizopus, Aspergillus and Penicillium, among others.

These rots diminish the quality of wines (reduction of color in reds with brown colors, yellows in whites, loss of aromas, unpleasant flavors, etc.).

Some species of Aspergillus are the main agents responsible for the presence in the grape of the mycotoxin Ochratoxin A (OTA), toxic substance of fungal origin that then passes to the juices, musts and wines made from these contaminated grapes.

The maximum amount of Ochratoxin A in wines is limited by current regulations to 0.02 mg / l.

Use of sexual traps (monitoring). Visual inspection of glomeruli, perforations and laying. 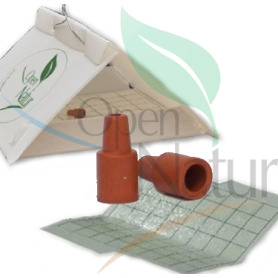 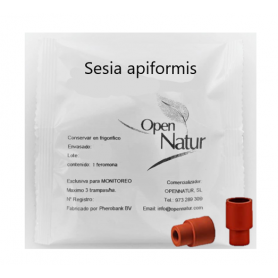 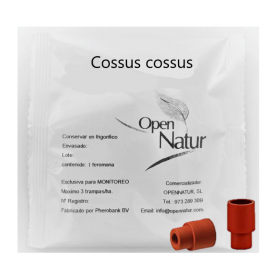 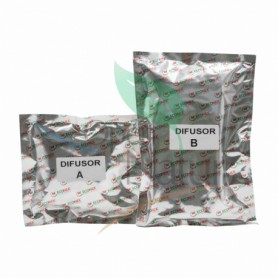 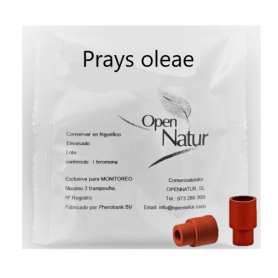 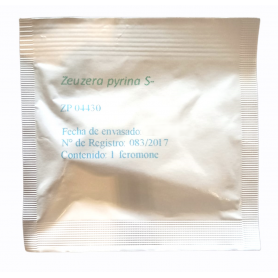 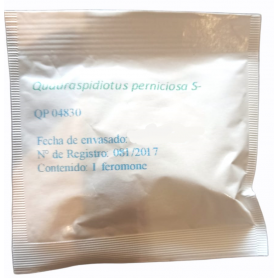 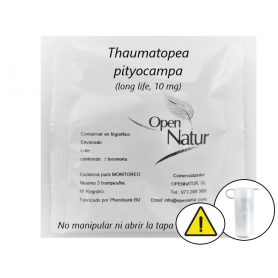 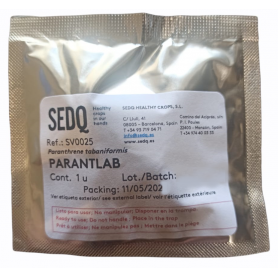