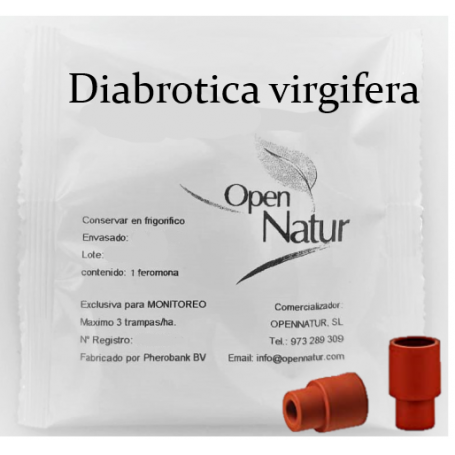 The rootworm of the adult western corn feeds on the corn beard and the pollen of cucurbits. Your abdomen is yellow and the wings do not cover the back of the abdomen. This differentiates it from the striped cucumber beetle. It appears at the end of July and at the beginning of August. The treatments to control the European corn borer are also effective for the control of the rootworm of the adult western corn. The reduction of the adult population is important to reduce oviposition and therefore the number of larvae that will begin to feed on the roots of maize the following year.

Adult larvae are approximately .25 inches (6.4 mm) long. The western adults of the corn rootworm are yellowish with a black stripe on each wing cover. Northern corn rootworm beetles are solid in color and vary from light tan to pale green. The eggs are deposited on the ground during the summer, and are soccer, white, and less than 0.004 inches (0.10 mm) long. The larvae hatch in late May or early June and begin to feed on corn roots. Newborn larvae are small, less than .125 inches (3.2 mm) long, white worms. They pass through three larval stages, become related on the ground and emerge as adults in July and August, with one generation per year. The larvae have brown heads and a brown mark on the upper part of the last abdominal segment, giving them a double head appearance. The larvae have three pairs of legs, but these are usually not visible without magnification. After feeding for several weeks, the larvae dig a cell in the ground and move in the pupal stage. The pupal stage is white and has the basic form of the adult.

€7.40
Free shipping
for orders
higher
€ 60 (Plus VAT)
Except for insects
and non-peninsular orders
SUBSCRIBE TO OUR NEWSLETTER AND GET UP TO 5€ DISCOUNT