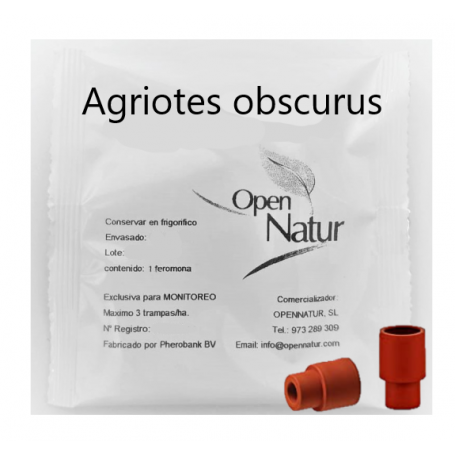 It can be cited as one of the most important pests of cultivated plants, being very important its effect on the vineyards. These crops can suffer their attacks both in nursery and in young plantations.

Description of the insect

Adult: They are beetles of hard consistency, elongated and somewhat flattened, their color can be yellow, brown, gray or black. Its size ranges between 3-15 mm. They can be identified in the field because when they are placed on their back they give jumps producing a characteristic sound.

The female oviposits mainly in moist soils near the roots of plants. The incubation varies between 7 and 30 days.

Larva: They are elongated, cylindrical and a little flattened. They are yellow, bright and have three pairs of short legs very underdeveloped.

Pupa: It is found on the floor, inside the pupal chamber and remains there for 6-14 days.

After the pupal phase, the adults formed in summer hibernate in the ground where they remain until the month of March next year, appearing in spring. They fly little and preferably at night, but they are very active. They eat leaves of wild and cultivated plants very varied. The male dies after mating and the female dies at the end of summer. The eggs are deposited in the superficial layers of the soil (20-60 mm), isolated or in groups (from 3 to 12 places), preferably in humid or fresh lands. Each set can consist of 150-200 eggs. This laying occurs at the end of May beginning of June.

The embryonic development of the eggs lasts between 25 and 60 days depending on the conditions.

The larva is very sensitive to dryness and moves along the profile of the soil depending on humidity levels, temperature and time of year. They present a very slow growth and for that reason the larval phase lasts between 4 and 5 years, being able to move 8 times.

Once the larval stage is over, it goes on to the nymph or pupa stage, being buried at a depth of 40-60 cm and lasting for 1 month, this occurs in the month of May of the fifth year of development.

The main damages are produced by larvae. These worms feed on newly-germinated roots of plants, seeds, tubers or plants.

In the case of attacking seedlings or grafts we see that germination does not take place when eating the yolks, to cut and to perforate the stems (all this under earth). In the tubers the attacks are in the maturity of the crop, presenting narrow and shallow galleries that depreciate the product. As for example: carrots, hops, onions, leeks, chicory, lettuce, beans, etc. In the case of cereals the symptoms are manifested by yellowing the central leaf initially to cause death later. 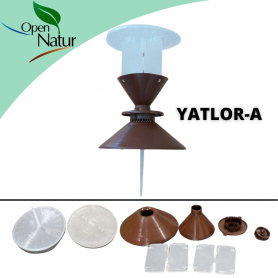