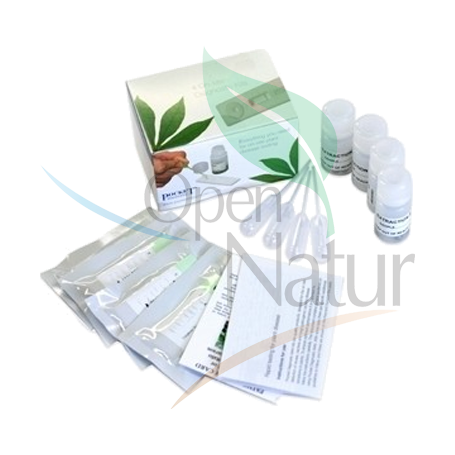 Severe potato mosaic is a disease caused by the PVY virus (Potato Virus Y), belonging to the family Potyviridae. Of the virosis of the potato this disease is the second in importance (after PLRV) and is found in all the regions where the potato is grown in the world. The losses that it causes in the yield can reach 80% in cultivars highly susceptible to the attack of the virus. The virus is perpetuated by infected tubers and is transmitted by aphids in a non-persistent way. PVY can also be transmitted mechanically through machinery, tools, and by the damage that is done to plants while walking through the crop. However, aphids are by excellence the most efficient means of transmission.

Symptoms vary greatly according to the variants of the virus, the cultivar and the environment. Typical symptoms are roughness, agglomeration, twisting of leaves, fold down of the margin of the leaflets, dwarfism, necrosis of the leaflets, necrotic spots, necrosis of the leaves and streaking on the stem. Less sensitive cultivars, or those infected with a less aggressive variant called PVYN, react by showing only mild mosaic or may be infected without presenting symptoms.

On the basis of the different symptoms that they cause in potato and tobacco, several breeds of PVY have been identified. PVYO is the common breed and causes mosaic symptoms. PVYC causes punctate streak ("stipple streak"). PVYN, is the necrotic race and generally causes mild symptoms in the foliage, however in susceptible potato varieties it causes necrosis in the leaves. Mixed infections of the common and necrotic breeds are frequent and the genomes (genetic material) can be mixed, producing hybrid breeds (for example PVYN: O and PVYNTN). The PVYNTN breeds can cause necrosis in the tubers. The diagnosis of these races can be difficult because although there are antibodies for PVYO and PVYN, the immunological method (ELISA, an English acronym of Enzyme Linked Immunosorbent Assay) can not distinguish the PVYNTN from these other two races of the virus. In addition, not all PVYN isolates react with the specific antibody PVYN, while some isolates of PVYO will do so. Symptoms alone can not distinguish between these races of the virus, since the symptoms vary with age, time of infection, temperature, and genetics of both the virus and the host plant. The PVY breeds can interact with other potato viruses such as Virus X (Potato virus X, PVX) and Virus A (Potato virus A, PVA) which translates into greater losses. Necrotic symptoms in tubers often increase after storage.

PVY is controlled by clonal selection and the discarding of diseased plants ("roguing") during the process of propagation of the seed. There are resistant cultivars.